Ben waving to 38,000 people at Fenway Park after being introduced as a winner of the Fenway Park Art & Essay contest.

This summer the Boston Red Sox sponsored a “Fenway Park Art & Essay Contest” to celebrate the venerable ballpark’s centennial, inviting kids ages 16 and under throughout New England to submit original artwork and/or an essay on “what Fenway Park means to you.” The prize was tickets to a game, a tour of the park, a chance to watch batting practice from the field, and an introduction to the crowd in a pregame ceremony on the field. One art and one essay winner from each of the 6 New England states was selected. The winning artwork will be displayed in the Fenway concourse.

Since the boys are constantly drawing baseball pictures and dreaming about going to Fenway Park, I encouraged them to enter the contest. They both drew pictures, and Ben also submitted an essay. A couple weeks ago Ben got a congratulatory phone call from a fellow in the Sox front office to let him know that his drawing was chosen as the best artwork from Maine. As you may know, this is a boy who is all about baseball 24/7, especially the Red Sox, so winning this contest was akin to winning the Grand Lottery in his book! Ben’s winning drawing, done in pencil, colored pencil, and crayon: a Red Sox left fielder relaxes between pitches while standing in front of the Green Monster during a game at Fenway Park. Nothing like watching the big leaguers take batting practice from up close. The kids are standing about where the Sox on deck circle is.

When the big day rolled around last Saturday, we arrived at the ballpark before the gates opened and were given a tour of Fenway along with the other winners from around the region. Much to the boys’ delight, we were escorted onto the field, right about where the Sox on deck circle is, to watch the players take batting practice. As they took turns whacking balls all over the park, a few players wandered over to shake the kids’ hands, sign balls, and pose for pictures. Ben was amazed at the height of Clay Buchholz, one of his favorite pitchers who towered over him while signing Ben’s ball. Pedro Ciriaco, an exciting youngster brought up in the middle of the season from the minors, was especially nice with the kids. Some players casually tossed balls to the kids as they passed by, one of which Ben managed to catch. One of Ben’s favorite Sox pitchers is Clay Buchholz, a long, lean young Texan with a quiet, modest demeanor (refreshing to see in Major League Baseball!). Clay nicely signed a ball for Ben, who later said he was amazed at how small he felt when standing next to the tall right-hander. One of the nicest players with the kids was Pedro Ciriaco, just promoted from the minor leagues earlier this year, and very exciting to watch (great glove, fast as a cheetah, and clutch hitter). After signing their balls he nicely posed with the boys. Check out that grin on Ben’s face! Players walking by occasionally tossed a ball to the kids, and Ben managed to catch one. Here he proudly displays his trophy.

As the Sox finished up batting practice and the visiting Blue Jays wandered onto the field to take their turn, we were invited to gather on top of the Green Monster, Fenway’s famous forty-foot high wall in left field. From there the kids got a grand sweeping view of the park, and imagine their delight when one of the Blue Jay hitters (I think it was Edwin Encarnacion) started ripping shots up, over, and against the Monster. The kids were ready with gloves, and almost caught one or two–not an easy task, as those balls were being launched over 300 feet away and travel like rockets. Waiting to catch home run balls hit to the Green Monster during batting practice, while taking in the sweeping panorama of Fenway Park. It’s certainly a picturesque place, especially in that warm evening light. Posing on the Monster as the Blue Jays take batting practice. Turning your back on the field while a strong guy like Edwin Encarnacion is taking swings is a dicey proposition–rest assured I was standing by (Marina is taking the picture) ready to give them the warning if a 350-foot rocket shot comes screaming our way. At one point we were being peppered with these bombs–didn’t quite catch one, although a couple times we came close. Pretty impressive hitting, even if it was only batting practice.

Ben waiting on the field before the contest winners were brought out to the middle of the infield and introduced to the crowd. Best part of waiting here was watching star second baseman Dustin Pedroia playing catch right in front of us. With that glove and uniform, Ben looks like he’s ready to join Pedroia. Put me in, coach!

Soon it was time to get ready for the pregame ceremony–after a short wait in the “green room” Ben and I were escorted to the Sox on-deck circle area to wait for the cue (while we waited second baseman Dustin Pedroia played catch about 10 feet in front of Ben, which certainly caught his eye). Finally the kids were led out onto the infield grass near the pitcher’s mound, where they were introduced one by one in front of 38,000 people, and their artwork was displayed on the “jumbotron” in center field.  Ben had a grin a mile wide when his name was called and waved heartily to the crowd. The winners were introduced in front of the capacity crowd at Fenway Park shortly before the national anthem and the first pitch. Ben’s winning drawing was displayed on the “jumbotron” in center field as he was introduced to the crowd. His picture was also published in the Red Sox official program.

The game began soon afterward–it was not a close game at all (Daisuke Matzusaka, the Red Sox starting pitcher, recorded only 4 outs before giving up 5 runs and being taken out of the game, about as rough an outing as I’ve ever seen from any pitcher). The rain, which had been threatening all evening, finally started coming in waves, causing 2 delays and making it a very late night for everyone (on the plus side, so many people left after the second delay that we were able to move from our original location in right field and sit just a few rows behind the visitors’ on-deck circle for the last 4 innings–a real treat for the boys when you can hear the umpire call “Strike!” and hear the pop of the ball in the catcher’s mitt.

It was definitely a day for all to remember, especially Ben. Although he was modest and low key about winning the contest, it was certainly a great big pat on the back to be recognized publicly, and a dream come true to have such a VIP experience at Fenway Park. I’m sure he’ll never forget it. Although he wasn’t the center of attention, Landon got to tag along with Ben’s VIP experience (except the part where Ben was introduced to the crowd before the game). It’s a little hard when your older brother gets all the attention, but he had a good time. Not to mention plenty of smiles and comments from people admiring his uniform (“another September callup, eh?).

Wow!! Congratulations to Ben and thanks for the news!!

Ben has a good eye for detail – reminds me of some of his father’s art. 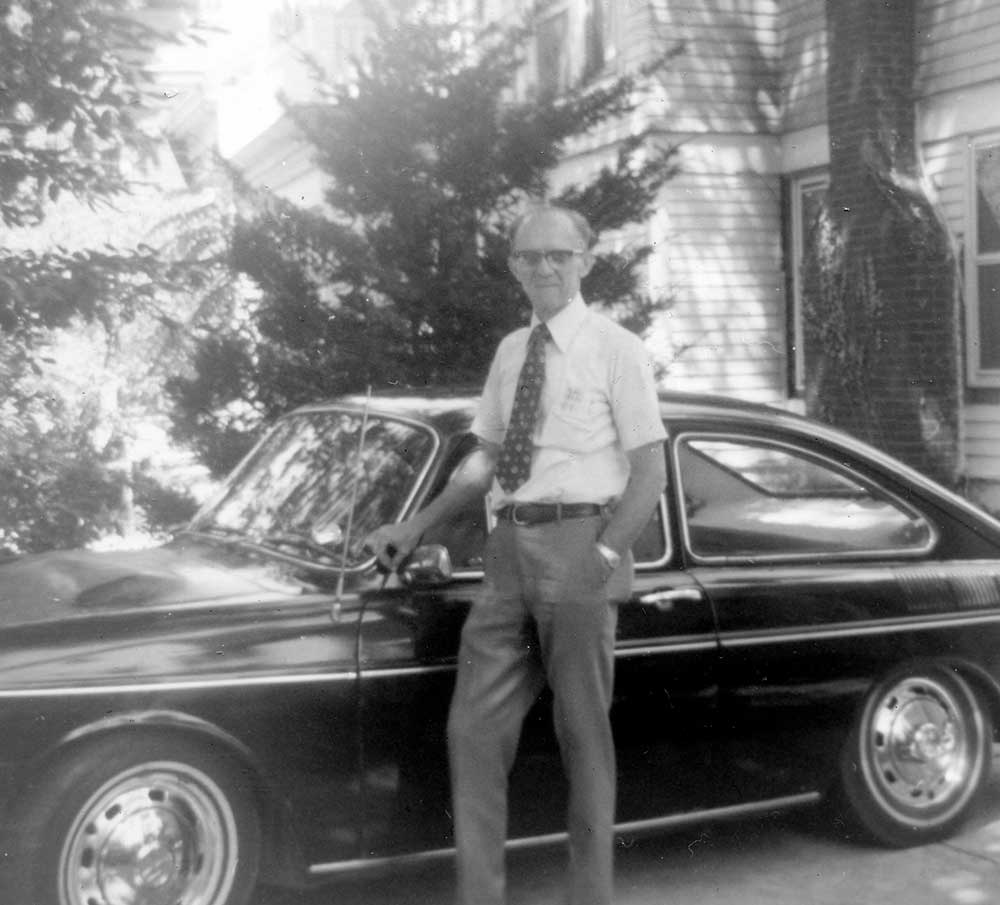 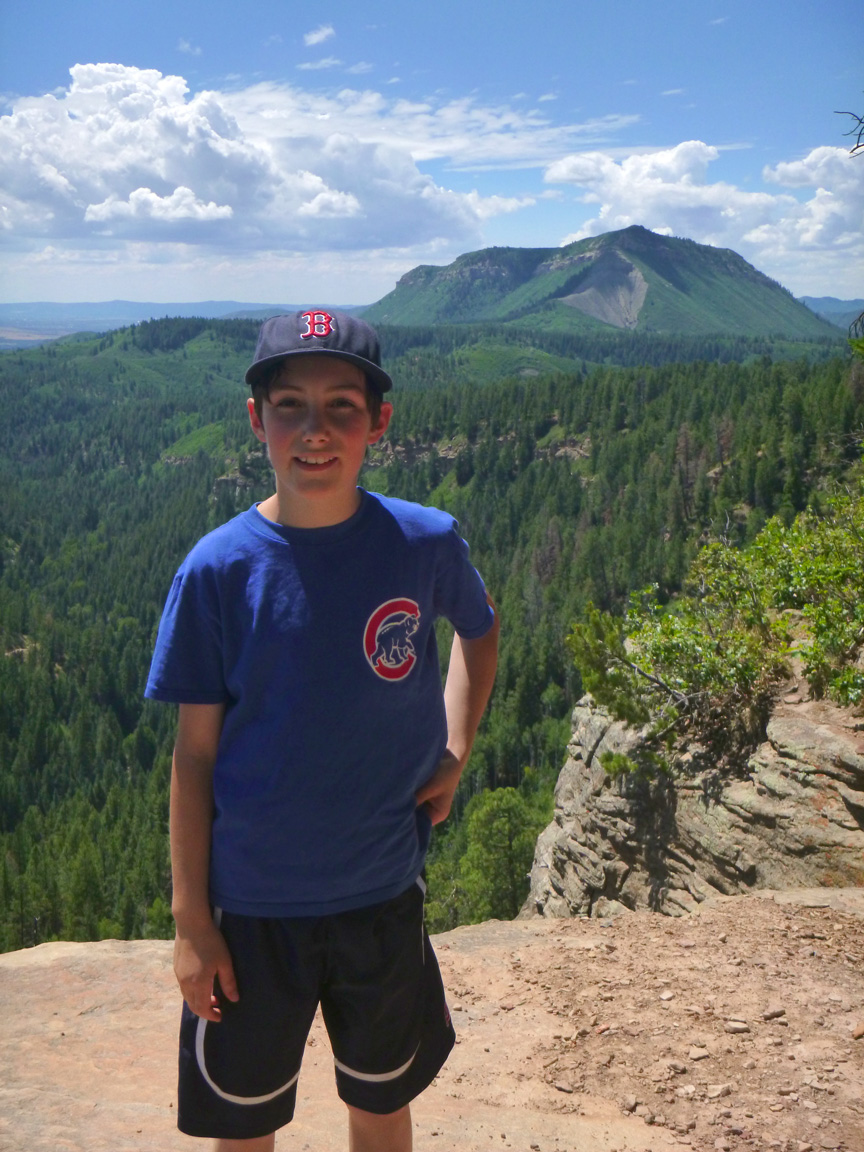 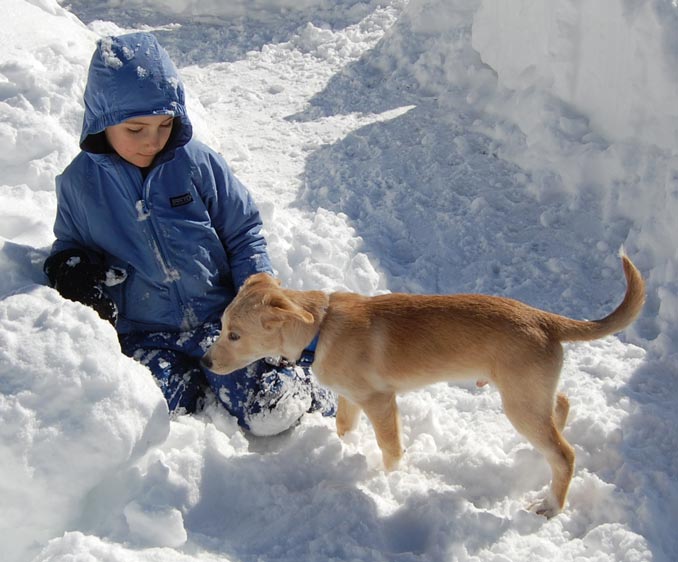